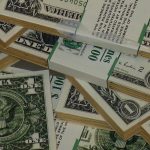 Many companies I’ve worked with don’t make room in their process for proofreading. They think it’s not worth the extra time, and claim they can’t afford the additional expense.

They couldn’t be more wrong.

Here’s a real-world example of how spending a small amount on proofreading ended up saving one company a whole lot.

My client had put together a new business proposal. They were up against a tight deadline, and asked if I would just give it a “quick read” to catch any major spelling or grammatical errors.

Since the proposal also included their estimated fee for the work, after proofreading the text (and correcting a handful of typos), I decided to open the accompanying Excel spreadsheet to check their math.

In doing so, I discovered formula error that resulted in calculated the total fee to be $15,000 less than it should have been. Ouch!

To say that my client was relieved to have the mistake fixed before submitting the proposal is a bit of an understatement.

Proofreading is now a required step for all of their new business proposals (and in their fee estimating process).